Unique Succulent and Cacti Planters: Think Outside the Box

Funky vases, old McCoy pottery, gorgeous ceramic pieces at Homegoods for which there is no other use, anything with enough space to cram plants, almost everything is vulnerable when I want a unique vessel for my plants.  When I walk through a store (whether it be a Goodwill, Salvation Army, garage sale, antique store, Ross, TJMaxx, Homegoods, or Marshalls) I always keep an eye out for objects with planter potential.  Countless colorful, China-produced, trendy ceramic home decor objects to choose from.  And while many may appear tacky or excessive for the home, you must envision them spilling over with succulents and cacti in the garden!  There are oodles of interesting vases and ceramic objects which serve no real purpose but to clutter ones home (oooooh, clutter!  sigh), so I say: let these sad decor pieces have a real life and serve a noble purpose - let them be reborn as garden planters!  All you need is a drill, a pottery drill bit, some water, some arm muscle, and patience…. But I have no patience for that right now, so my next post will be all about drilling holes in pots.

For example, these lovely ladies below:

These are irregular shaped heavy vases from Homegoods that I found separately over the course of a few years.  I had the taller one for a long time before I looked at it one day (forgotten and covered in dust up on an armoire) all full of rage, wondering why on earth I'd purchased a vase I only really used once!  And then suddenly, I had a hallucination of it in the garden, providing vivid contrast to some purple succulents that I had sitting around waiting to be planted - and off I went to drill a hole.  Well, knowing me I probably took the vase outside and got around to drilling the hole a few days later, but you know what I mean.  In internet land I got up and did the whole shebang, took photos and ran back inside like a good girl to write this post straight away…this all happened yesterday…mmm'kay?

I took these pictures at twilight, and the eery blue glow seemed to magnify the purple of this succulent from this particular angle, fascinating:  (I didn't edit the colors!)

Nature is so incredibly gorgeous and diverse!

Alright, so after I made the first one (tall one) I was pretty darned pleased with myself, and I had lingering thoughts about how nice it would be to have another sized vase of the same style/line (if it existed), but maybe with a different pattern design.  Wellll, what can I say, the universe delivered and only a few weeks later I found another one at Homegoods that was shorter, wider, had a different pattern, and was a different shade of green.  I'm sure you can imagine the reaction that may or may not have occurred when my eyes landed on it from across the aisle.  Moving on…  I bought that baby, got the hole drilled, and crammed her full of succulents that were hanging out on my sun blazed potting bench on the verge of death.  A few weeks later, they are loving their new home, nestled amongst other planters around a stone garden table, and they've gained back their healthy succulence and vivid color, not to mention grown quite a bit:

As predicted, these freak vases made perfect transitions to garden planters. Now, hopefully the dogs won't knock them over. That's why when it comes to planter groupings for the canine owners, remember this: power in numbers! Cluster them, pay mind to distributing sizes in an appropriately tiered fashion depending on how many directions the cluster is visible from, and be sure to put stocky sturdy ones that can't be knocked over easily along the edges to guard the weak ones - leave the vulnerable ones within the circle of trust... ;)

Although they did well in this spot for quite a while, I have recently moved them next to the pool, where I have several other succulent and cacti planters, in order to get more hours of sunlight.  We had almost two and a half months of straight rain here in Miami (June, July, and some of August), so the first planter got a lot of water in its early days of adjustment and needed to dry out.  Also, this spot gets bright light early in the day and is bathed in shade from about 3pm on, so a few of the succulents were beginning to show signs of etiolation, which is when plants grown in shade start to stretch in search of light, causing weak long stems and pale color.  If you see any of your succulents beginning to grow in a curved way towards the light, which causes a distorted rosette/shape, or if it's dropping leaves and losing its color, then it's time to move it to more sunlight!  I'm happy to report they are doing even better near the pool and seem to have survived the period after planting, especially after too much water - which can make them vulnerable to root rot.

I tried my best to fill cram it with lots of different plant cuttings, which I've found is better than just a few spaced out.  In the long run, the planters that I have made like this do better, I guess being more lush equals a healthier habitat for cohabitation.  Also, it's good to know which succulents and cacti like bright hard sunlight and which ones like partial sun and cool shade so that you don't plant opposites together.  Apart from doing a lot of research, trial and error is what has taught me about that.

After I had carefully and slowly drilled a hole in the shell, I went about adding a layer of rocks at the bottom (for drainage and to keep the soil from escaping/clogging the hole during watering), filling it with soil, and then I had a thought…  Maybe I could create a vague representation of a coral reef by choosing a variety of the most visually interesting succulents, both in terms of color and particularly shape and height.  I love the results, it came out much better than I expected:

The blue seashell makes the plant colors pop huh?  These photos (above and below) are my favorite photos of this arrangement, where the blue inside of the succulent rosette is highlighted by the color of the planter:

(All images in this post are the original photographs of the author of this blog and are protected under copyright. Please do not reuse any images on this website without written consent from The Succulent Artist.)
Labels: cacti cactus planter succulents 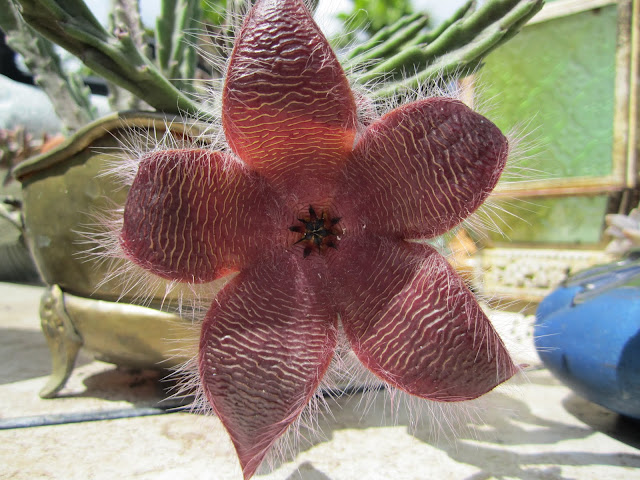 Stapelia is a Succulent NOT a Cactus 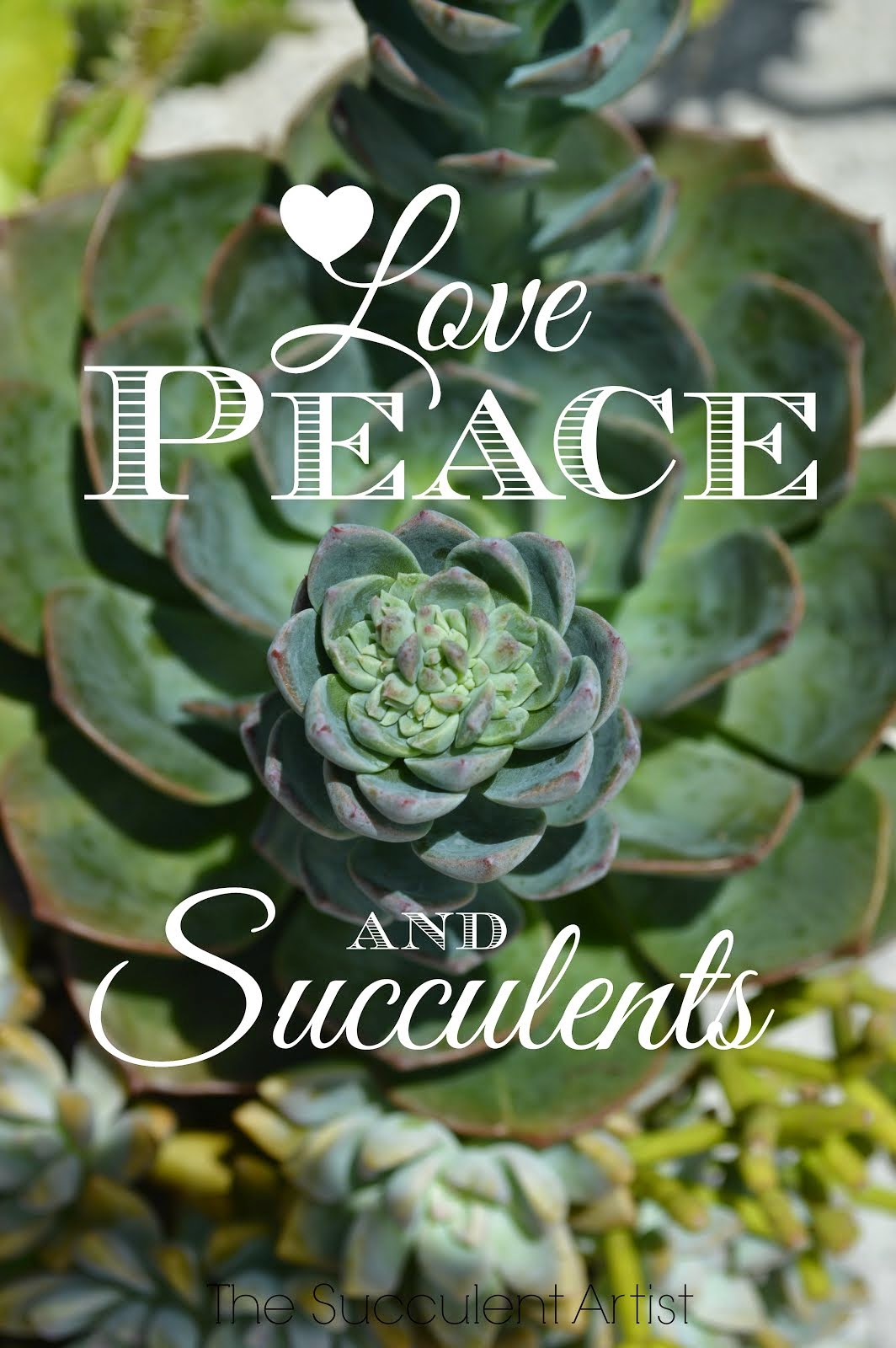 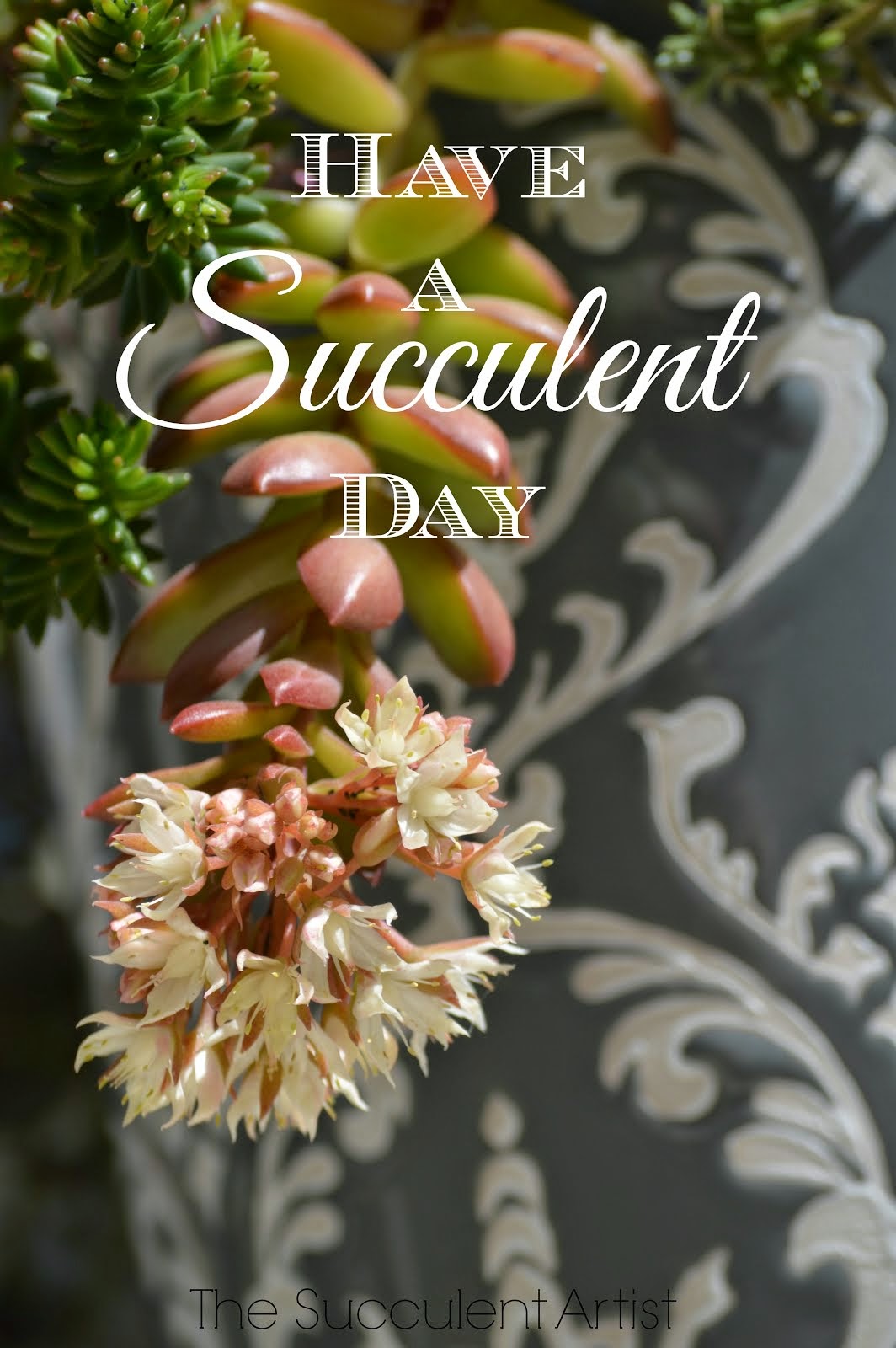 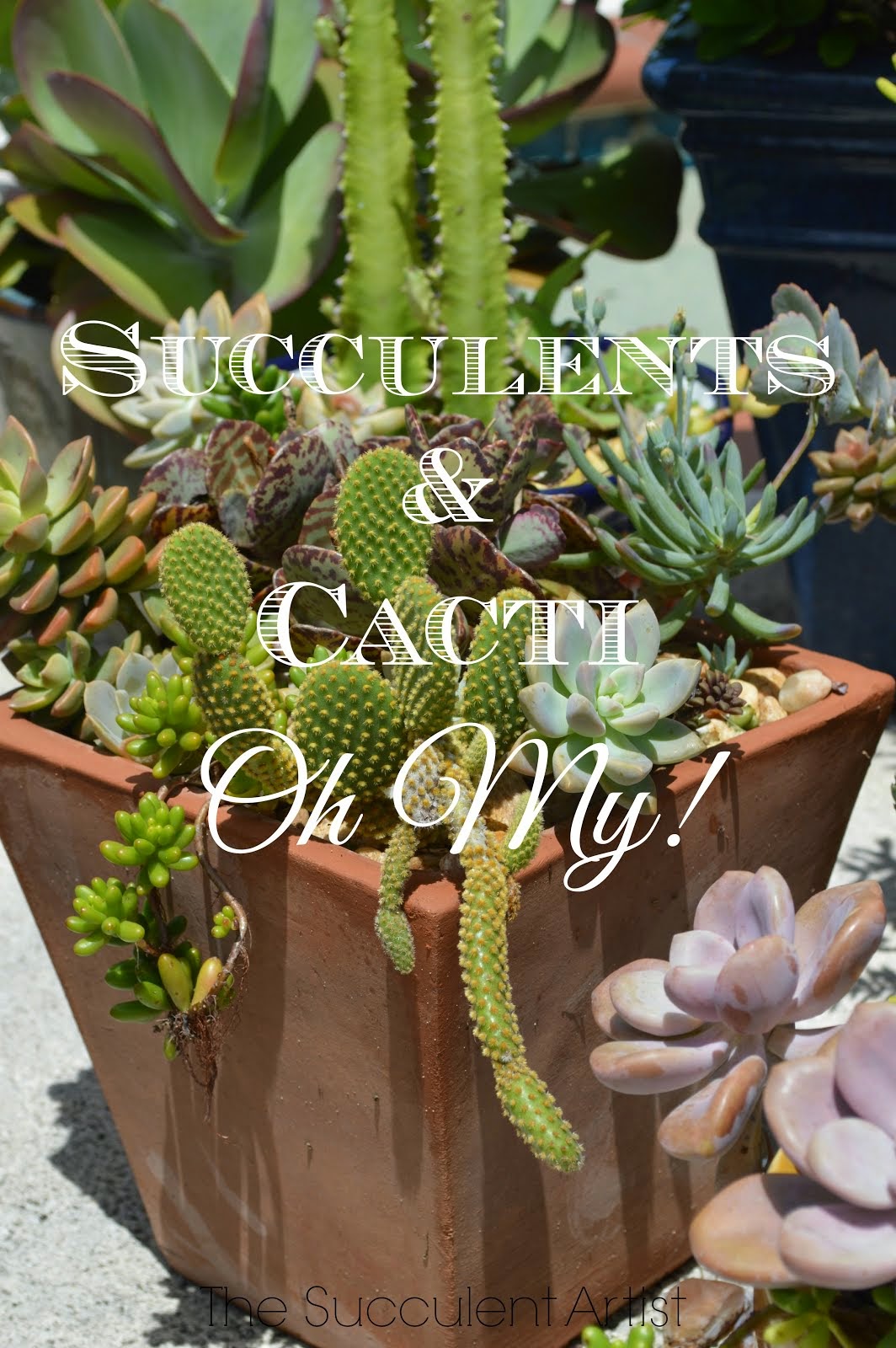